“Tween” years, “In-between” years, whatever you like to call it, the ages between 8 and 12 are usually the most difficult to plan for in terms of birthday parties. But they’re also the most fun to celebrate! Here are four birthday party ideas for your pre-teen and his or her tween friend!

This is a fun birthday theme for boys or girls. On your invitation card, inform your guests to bring something they own that’s still in good shape but they’re not using anymore. Tell them to place the object in a seal paper bag or wrapped securely. During the party, give the guests some play money and start an auction for the “white elephants” they’ve brought. Unlike with a real auction, though, keep the object wrapped until a bidder wins. Add more fun by letting the kids trade or buy each other’s gifts.

This theme will surely excite the girls, although it might also work for boys. Let the tweens dress up in glamorous apparel as real models would. Set up a runway in the venue using a red carpet where they would do their “fashion show.” You can also do it outdoors if you have a long walkway. Let each of the guests take turns walking down the runway while their friends take pictures of them. If you have a professional photographer, that would be even better. It would also be great if you could find a way to have the photos printed during the party, so they could be placed in an album that would serve as the birthday favor.

If your tween loves rock, then a rock concert theme would be the perfect theme for him. Start by sending invites made of old CDs. Insert a “VIP” band in the invitation that they are supposed to wear on their wrist as a gate pass. You could even ask them to come dressed as their favorite music artist. For the cake, you could have it shaped like a guitar, or a drum set if your kid plays the drums. For the decors, print several photos of the celebrant taken from his “album launch pictorial” and have them framed and hanged on the walls or stand on top of shelves. Place a karaoke machine in one corner where the guests could sing whenever they want during the party. To make things more vibrant, hire an actual local band to play a couple of songs to entertain the guests.

Here’s another music-themed tween party, but this time, it’s inspired by one of the world’s popular reality TV singing competition. Just like in the show, set up three to four chairs (preferably swivel chairs) with their backs facing the stage. Ask which of the guests wants to be a judge/singing coach and have them take their seats at the judges’ chairs. Pick a number of participants depending on the number of the guests and ask them to come out one by one to sing their favorite song The Voice-style. Have the judges and the rest of the guests vote for their favorites round by round until you have one winner. 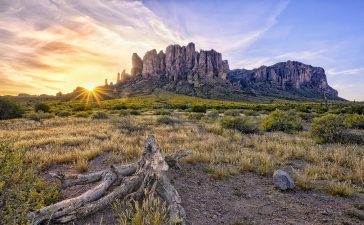